APPLICATIONS FOR HOME PURCHASE IN BARCELONA

OUR METHOD IS EFFECTIVE, EASY AND COMFORTABLE

What type of house do you require?

Barcelona is divided into ten districts

Ciutat Vella covers what was the city centre of the Catalan capital. The land of the Eixample also belonged to Barcelona but it didn’t have a city centre until the city walls were pulled down in the middle of the 19th Century. It has almost 105.000 inhabitants.

Without doubt Ciutat Vella is the most visited district in Barcelona together with L’Eixample having an important number of sights such as Placa Catalunya, La Rambla, La Via Laietana, el Portal de l’Angel, El Gran Teatre del Liceu, Santa Maria del Mar, Barcelona catedral, La Placa del Rei, La Placa Reial, the Parliament, the City Hall etc. There is a huge offer of hotels in this área.

The district of Nou Barris is situated to the far north east of the city, between the Collserola mountains and Avenida Meridiana. It has almost 170.000 inhabitants.

In recent decades it has undoubtedly gained in quality of life. The district has one of the biggest libraries in Barcelona, as well as Central Park which has a surface area of nearly 18 hectares, giving the district a huge green area.

Barcelona University has also located one of its faculties in the area of Can Dragó, where the Corte Inglés can also be found, in addition, the Heron City shopping centre which is full of outlets, bars, restaurants, discos and cinemas.

The district of Horta-Guinardó occupies 11’9% of the territory of Barcelona and nearly 170.000 inhabitants live there.

The district mostly comprises the land of the old town of Sant Joan d’Horta, and the smaller area of Sant Andreu de Palomar and Sant Martí de Provençals. It is situated between the districts of Gràcia and Nou barris and is bordered to the south by l’Eixample, Sant Andreu and Sant Martí de Provençals. To the north it borders Collserola and the  municipalities of Sant Cugat del Vallès and Cerdañola del Vallès.

Given its  proximity to Collserola, Horta still  maintains the air of an agricultural town. Green, with modernist summer houses, undulating, with good transport links and isolated from the  crowds in Barcelona.

The district of Sarrià-Sant Gervasi has the highest income per capita in Barcelona. Buildings with gardens, large comfortable flats, parks, boutiques or mansions of the wealthiest families in Barcelona in La Avinguda Pearson, are some of the characteristics of this area.

In addition, the Pedralbes Monastry is located in  Sarrià-Sant Gervasi, which apart from its cultural-artistic interest, hosts a collection of the family Thyssen Bornemisza. The l’Oreneta Park, at the bottom of Collserola, is quite beautiful and in summer they set up a restaurant in the forest with views of the whole city. Really lovely!

Vallvidrera also belongs to this district, a neighbourhood located in the Tibidabo mountain and full of beautiful houses.  The Tibidabo Theme Park is also located in this area.

Les Corts shares borders with the districts of Sarrià-Sant Gervasi, l’Eixample y Sants-Montjuïch, and also with the municipalities of l’Hospitalet de Llobregat, Sant Just Desvern and Esplugues de Llobregat. There are more than 82,000 inhabitants.

Les Corts is a well off neighbourhood, with plenty of shops and life. It is here presisely, where the Barcelona Football Club stadium is located. Moreover, in the neighbourhood of Zona Universitaria, various faculties of the Barcelona  University are located, such as Law, Economics, Business, Physics, Chemistry and Biology.

As for business, in the same district, we find the Palau de Congressos of Catalunya located in Avinguda Diagonal de Barcelona, the most important financial and comercial centre of the city.

Ths district is home to more than 120.000 inhabitants.

It’s the smallest district in Barcelona, but has the second highest level of population density. It is made up of the neighbourhoods: Vallcarca i els Penitents, El Coll, La Salut, Vila de Gràcia, y Camp d’en Grassot and Gràcia Nova.

El Gran de Sants Street , the main street, in proportion to its length, has the highest number of open shops per m2 in the world. This Barcelona district is home to Sants train Station, one of the logistical arteries with local, regional and long distance train connections. The AVE (high speed train) also stops at Sants Train Station.

La Zona Franca, which also belongs to this district, is principally an industrial area and where you can find the Barcelona Port. In one part of this neighbourhood, Barcelona City Hall  has decided to promote the establishment of ICTs, the same as in la zona Fòrum, to revitalise the city’s economy. It is undergoing different projects to adapt the área and you can now find beautiful designer skyscapers. Barcelona Fair has been extended in  la Zona Franca.

L’Eixample district has the highest population of the city with more than 260.000 inhabitants. This district is included in the urbanístic plan of Ildefons Cerdà, who was responsible for the expansión of Barcelona after pulling down the city walls during the 19th century.

Many famous sights can be found in this area of Barcelona as well as the most well known streets like Passeig de Gràcia, La Gran Via de les Corts Catalanes, la Diagonal and other streets: Balmes, Aribau, Muntaner, València, Mallorca, Aragó, etc.

Generally l’Eixample has been divided into Right and Left. In Right l’Eixample  we find Passeig de Gràcia, the Sagrada Família neighbourhood and the Olympic Village. In Left l’Eixample there is the neighbourhood of Sant Antoni, very traditional and very typical of Barcelona!

Sant Marti shares its borders with Sant Adrià de Besòs, the Distrito of Sant Andreu, Ciutat Vella,  l’Eixample and Horta-Guinardó. There are more than 220.000 inhabitants.

It is home to diverse neighbourhoods, many of which are towns joined to Barcelona. The neighbourhoods are: La Verneda, Poblenou, El Clot-Camp de l’Arpa, Fort Pius y el Barri del Besòs and el Maresme.

This district has a population in excess of 170.000 inhabitants, 50.000 of which reside in the old quarter which used to be the town of Sant Andreu de Palomar. It’s the third biggest district in Barcelona. It is made up of  the neighbourhoods: Sant Andreu de Palomar, old town to which the district owes its name, La Sagrera, a town which used to belong to the church, Trinitat Vella, el Bon Pastor, el Congrés, el Baró de Viver and Navas.

It is not a tourist area  and most of the hotels in Barcelona are not located here. Despite that, with the new Sagrera Project is  is hoped that this area becomes more popular with the tourists. 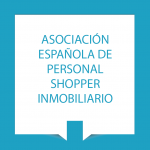